ONE AND ONE MAKE THREE

Oh God, you don't want to hear another "then-the-pandemic hit " blog post, do you? No!

Unless it's me, of course. Then you'll want to hear about every fucking moment.

1) I got married to the love of my life, Merrill Markoe.

Oh, wait, I just remembered: I also shaved and dressed in a smart manner every day. So, make that four things.

Now, onto the albums title track: 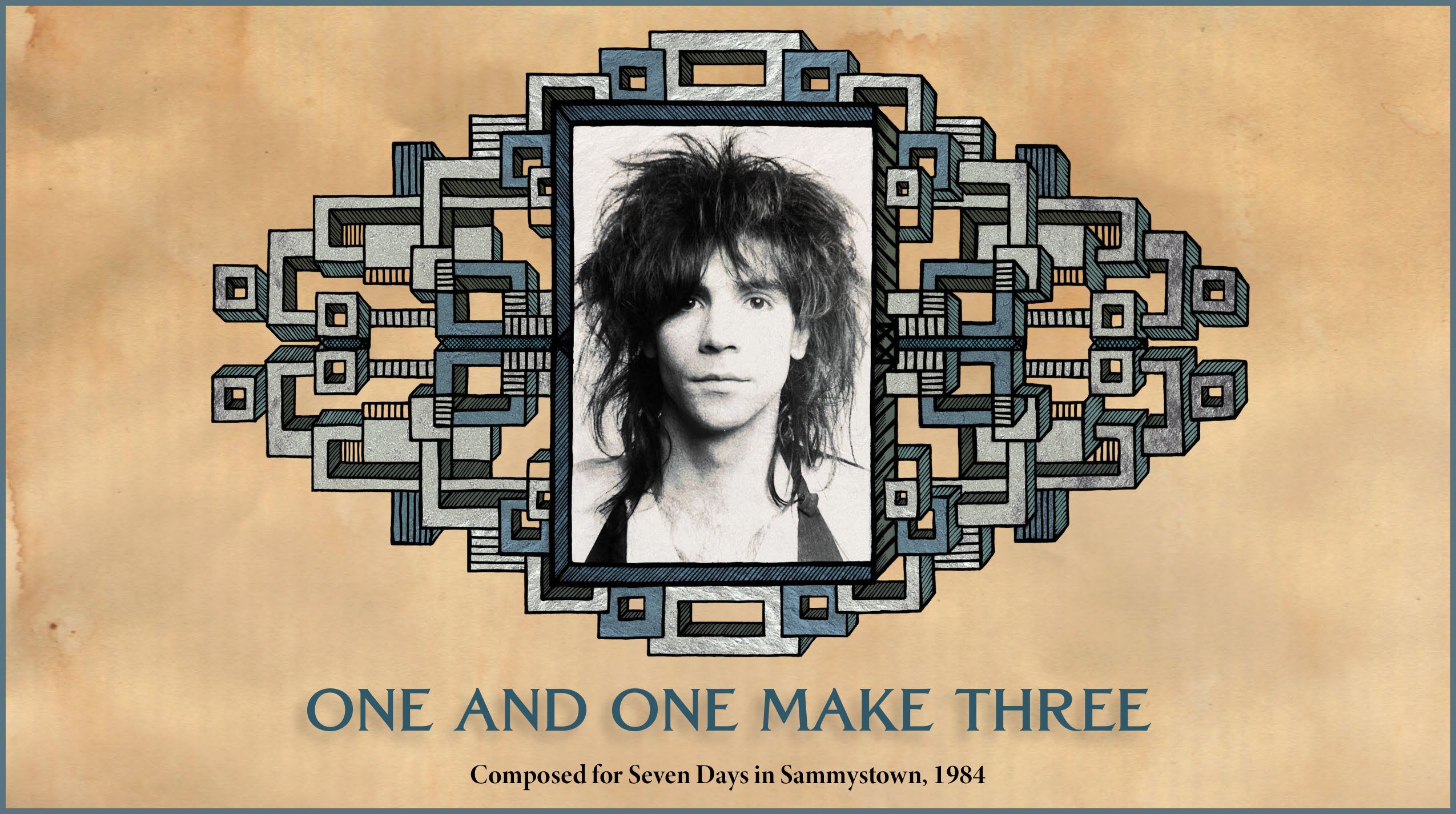 Before he left for Europe in the early 1990s, Wall of Voodoo co-creator and lead guitarist Marc Moreland left behind a suitcase at the home of his friend and Dept. of Crooks collaborator, Sheldon Ferguson. It never occurred to anyone that Marc would never be coming back for it.

The suitcase sat untouched for the next twenty years until Sheldon decided to go through it. Inside, among other assorted belongings, he found a cassette full of songs labeled in Marc’s handwriting and dated 1985. Most were demo versions of songs that appeared on Wall of Voodoo’s Seven Days in Sammystown. There were also a handful of songs that didn’t make it. ‘One And One Make Three’, a song written by me, was one of them.

“How come this wasn’t on Sammystown!?” Sheldon texted me after listening to it.

“Nobody said nothing!” I texted back, thinking that was all the explanation that was required.

Let me explain. A lot of the songwriting done by Wall of Voodoo was done individually. Each of us would put our ideas down on a four-track reel-to-reel that would eventually become a compilation cassette of complete and/ or incomplete sketches of songs that would be passed out to band members and managers.

So if somebody said “Wow, I really like that song!” we’d all take that as a sign that it deserved to be worked on to completion. Or at least kicked around a bit.

However, when I was preparing this current collection, I felt inspired by Sheldon’s enthusiasm for the song. Happily, I invited fellow Voodoo band members Bruce Moreland and Ned Leukhardt to join me in giving the song a second chance. Sheldon Ferguson, on guitar, also makes an appearance.

And so... thirty-five years later, ‘One And One Make Three’ is out of the suitcase at last. That old sketch is finally realized.