EVERY LADY GETS A SONG (RE-ISSUE) 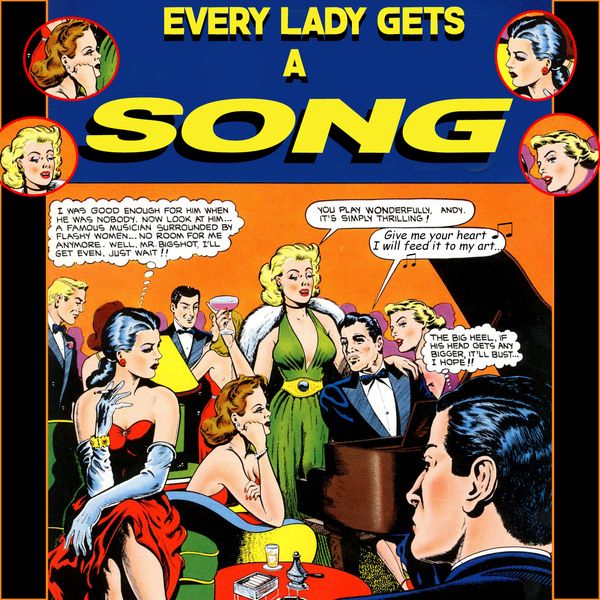 About the title track…

Years ago, I stood in the wings watching a fellow songwriter sing about his recent lost love. Oh, the injustice! Oh, the betrayal! Oh, the heartache! His performance was the very wail of pained humanity.

I was in awe. The audience held their collective breath.

Then it struck me: WAIT A FUCKING SECOND!

I knew his ex! I knew the real story behind the breakup! He had been the selfish cretin! He was the crazy drunk! He  was the one who cheated!

Yet here he was, weaponizing music’s charms and turning a crowd of drunks in a club against her.

Thus the seed for the title track was planted. Somewhere in 2010, I wrote Every Lady while writing other songs. It took about 10 minutes. Tops.

By the by, the insensitive asshole songwriter  is now a stock character in my personal Commedia del 'arte. He has a dilly of a song waiting to see the light of day.

I rarely perform No Reason as it is emotionally draining. The chords pad a melody best described as the insistent monotone of despair.

Both Same Great Guy and No Reason were inspired by Purcell’s  Cold Genius. Struck by Purcell’s economy of melody and challenging chord structure, I experimented by reducing melody on both songs, letting the chords do the work.

The inspiration for Same Great Guy came from a blurb on a can of soda: Same Great Taste With A Great New Look! It reminded me of many phases of my life.  Hence, Same Great Guy draws on my clueless arrival in San Fransisco’s punk scene in the mid-1970s. I paraphrased a line I heard at a 1978 Punk Rock fashion show: Don’t change the world, sneered the announcer, change your clothes…

The girl who called herself  Coyote is, of course,  the legendary Ginger Coyote. This good soul attended everybody’s show in our early days.  Ginger took pictures and wrote blurbs in her self published Punk Globe. Some of us went on to have professional careers, yet we all saw our faces and name in print for the first time thanks to her.

I wrote a version of the first verse in 1982, long before I joined Voodoo. The chorus arrived during the pre - Sammystown 1984 writing sessions. It stalled at that point. The song evolved at a glacial pace. By 2010 I had lived long enough and hard enough to finish it.

Oh, had we done this in Wall of Voodoo!  It would have provided an exquisite blend of our varied aesthetics: Sullivan's melody, the blueprint for all Ghost Riders in the Sky-like anthems, would have been a perfect platform for Marc Moreland’s twang and Blue Box distortion. The chord progression deeply appeals to my operatic leanings while Gilbert’s Gothic lyrics seem custom made for Bruce Moreland.

From Gilbert and Sullivans Ruddigore.

I did this a few years ago as a Facebook Halloween treat. I asked my many FB friends to add their voices to the international chorus heard here.

The four main tracks were recorded in 2011, at Catasonic Studio in Echo Park. Mark Wheaton engineered and co-advised,

If these are new to you, I hope you enjoy them!

As always, I am deeply grateful for your support.