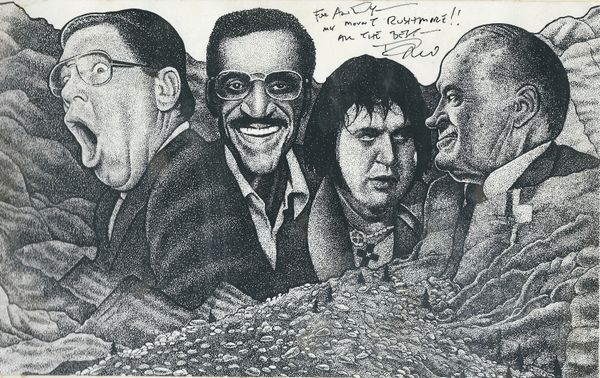 "If IRS Records ever suggests you guys do a live record, your days are numbered. They'll say  a live album will spark some interest. Don't trust them. It's just a  way for them to squeeze a few bucks  off your name before they axe you. It's what they did to us."

1987:
My second album with Wall of Voodoo, Happy Planet, was failing to chart. Our tours were sold out and the shows were good but there was little airplay and thus low sales. So it goes.

A few weeks before we left for a tour of Australia, the CEO of our label called us in for a meeting. "Boys! " he crowed merrily, "We wanna do a live record! "

We said no. We said fuck no. Stupid idea. Recording live, in the middle of the Happy Planet Tour meant that 80% of the live record would be Happy Planet songs. No one wanted Happy Planet. Why, we reasoned, re-record a rejected record?

The CEO said a live record would 'spark some interest.'

The live recording crew were booked and would be there waiting for us in Melbourne, like it or not.  ***

With a heavy heart, I saw the writing on the wall: We were an LA band  now teetering on the edge of oblivion. Just as Stiv had forewarned, our rinky-dink label was grabbing a few pennies before flushing us down the shit hole.

I knew there was only one person who could capture this pathetic state of affairs: Drew Friedman. I had spent many hours transfixed by his gritty-yet-hilarious-yet-heartbreaking drawings. If you live in Hollywood long enough, life begins to looks like Drew is the art director.

I contacted him and, after discussing  ideas, commissioned him  to do the album cover: a Mount Rushmore of sleazy, schamltz-y, Los Vegas-y entertainers: Jerry Lewis, Sammy Davis, Fat Elvis, and Bob Hope. The Ugly Americans.

I howled!
I guffawed!
I laughed my fucking head off!

I showed it to Wall of Voodoo.
They howled!
Guffawed!
They laughed their fucking heads off!

I showed it to the execs at IRS Records.

They paled.
They blanched.
They wet their slacks.

"Jerry Lewis for one"

"Wall of Voodoo vs The Nutty Professor!?"  I said. "That would be so fucking cool!  "

" ...And sued by Sammy Davis!" they continued "And by Bob Hope! And the estate of Elvis fucking Presley!"

I said a lawsuit like that would certainly "spark some interest."

The Drew Friedman's Mount Schtick-More was rejected. There wasn't even a mock-up made. Begrudgingly, it was used as a header for the WoV press release.It was also used inside the cd booklet. They felt the images falsely inferred Elvis,Bob, Sammy, and Jerry were touring with Wall of Voodoo -(If they were, I doubt even they could have sold any more Happy Planet records than we had.)**

IRS also made a few shoddy T-shirts,hoping to make their money back. My buddy in the IRS art department slipped me Drew's work when they were done with it. I have kept it safe since.

TODAY:
A few years ago, Drew invited me and my beloved Merrill to a swanky party full of swanky Hollywood writers who were celebrating the release of Drew's latest book at that time: Heroes of the Comics. I showed up like a pathetic 60 year old fan boy, carrying my Wall of Voodoo album art under my arm. He graciously signed it.
Framed, it now dwells on the wall of my studio.

(**Thanks to Todd Longwell for reminding me of the booklet.)

***There was a loophole in the contract that allowed IRS  to do this after record #2.

CORRECTIONS:
Geir Age Lia of Norway points out that Drew's work was used as the cover of a WoV giveaway promotion.