Upon My Wicked Son Photoshoot: The Backstory 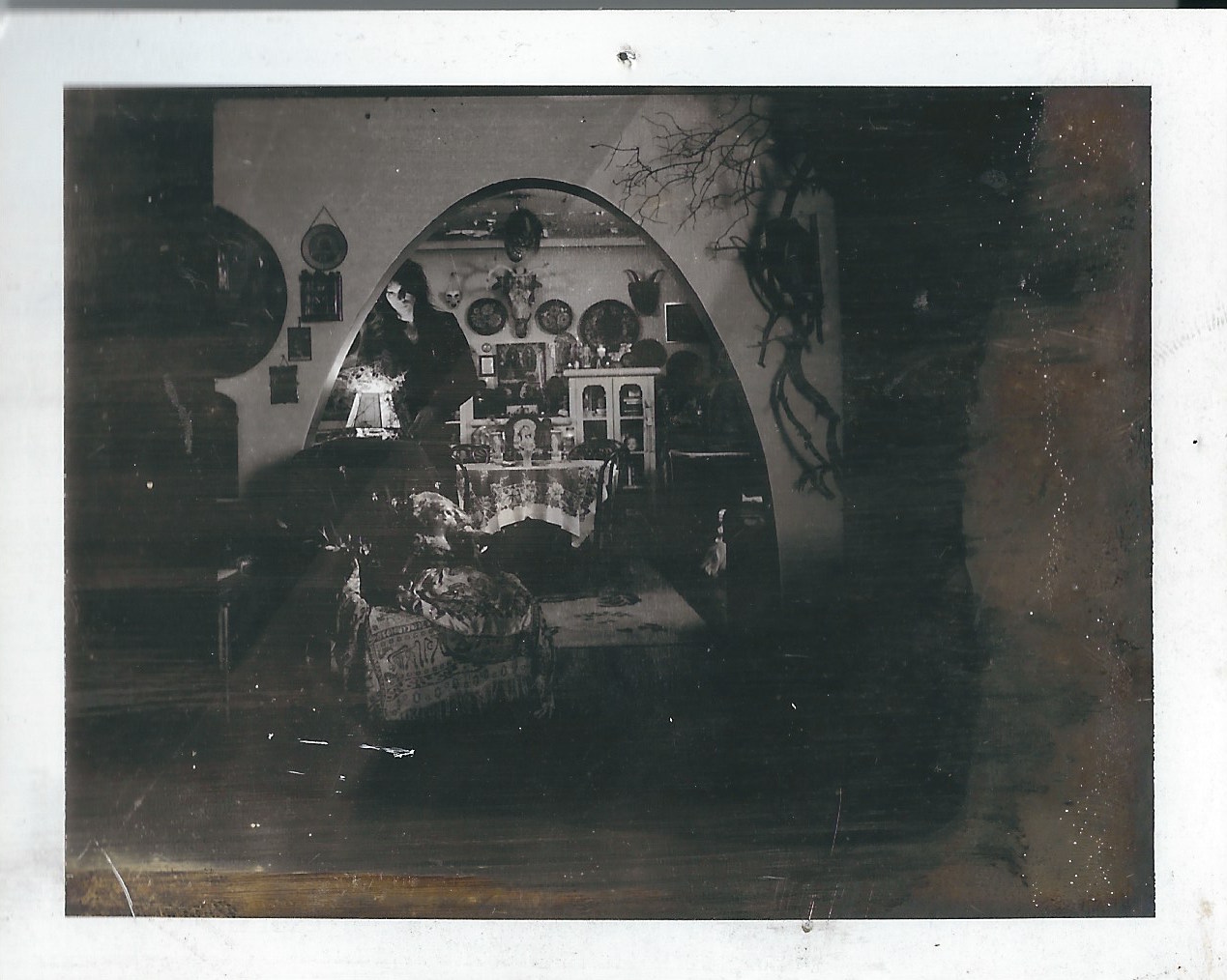 I happened upon this old test Polaroid from the photoshoot of 'Upon My Wicked Son'.

There Is A Story Behind This Picture.
Of course there is.
But, long story short? I can't tell it here.

In the photo, I am standing in my home. I am in the dining room.
It's winter, about 8 pm on a small, dimly lit  dead-end street in Echo Park.

What You Don't Know:

A thick, sharp, long knife sits on the lamp table in front of me.

I had the knife just in case the crazy  people came back with their gun.

It had been that kind of day.

When the photographer, Reggie Ige, showed up for the shoot, I was shot... metaphorically speaking.

The photo below? Another test Polaroid, probably the first of the session.

I used it for my Virtue Triumphs album cover recently. What looks like a nice sensitive rock boy photo is, in fact, a perfect capture of a man who is shocked, dismayed, exhausted and heartsick.

What if the crazy people with guns come back? 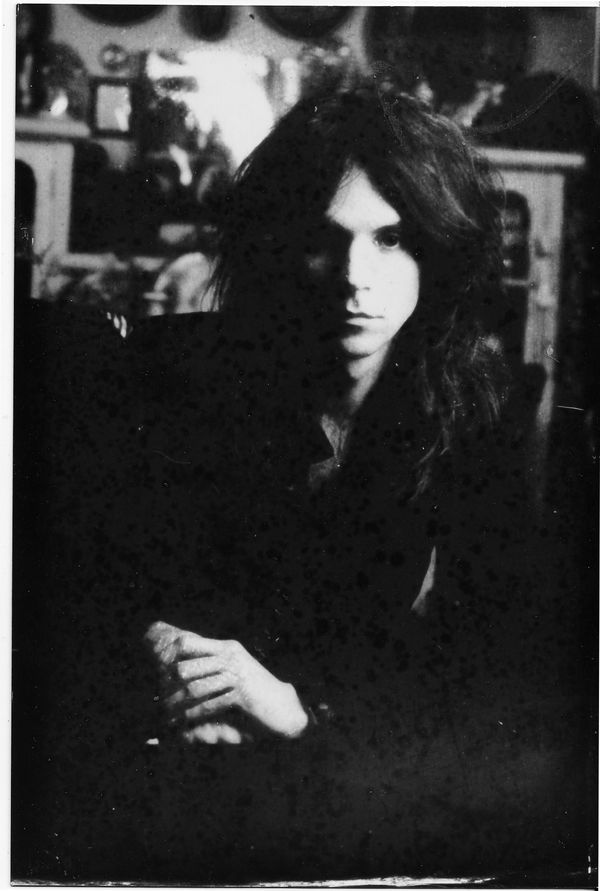 So next time you happen upon that old album...

Remember I am packing a chef's knife, guarding against gun toting maniacs while posing for my first solo album.

On a Brighter Note:
Here is where the photoshoot took place.


( A ) I stood in the dining room. Reggie Ige took  this picture with his back to the piano ( B ) which was near the front door**.

By the way, in my late 30s, I had just learned to drive. That is my first car, a 1968 Thunderbird:V-8 Wonder of the Western World. 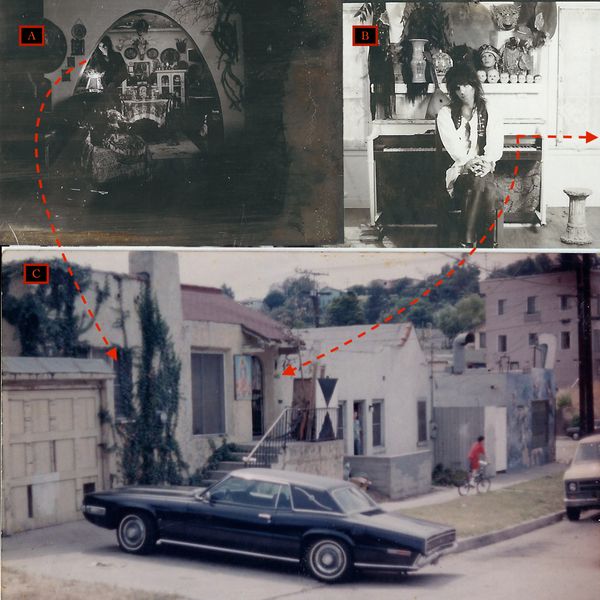 The photos of the house were taken about 1990. Echo Park at the time was a seedy, gang-y ,forgotten district of LA. It was funky n' forlorn then. It is ritzy n' white-sy now.

I shared this house with an extremely  gifted woman, Gretchen Victor. We were strictly brother -and-sister best- friends. She had a fantastic eye for decoration and collecting. So much so, in fact, that I credited her on the album. If you look closely, you will see that she had hung a  portrait of the Virgin of Guadalupe next to the front door. Many times I would leave the house and find the local gangsters hanging out, looking up meekly at The Virgin. Talking quietly. Discussing Her.

It was a very happy, productive time for me. When Wall of Voodoo sank and the tormenting Eighties were over, this is the shore I swam to. For the first time in ages, I found a degree of peace, prosperity, and sanity.

Give or take a few rough nights... or weeks... or months now and then.